Moxibustion is part of traditional Chinese medicine. Similarly to acupuncture, moxibustion involves stimulation of the same acupuncture points, but unlike in acupuncture, in moxibustion, stimulation is done by the means of heat, rather than a needle. Traditionally, moxibustion has been done using the same herb, moxa or mugwort or, officially, Artemisia vulgaris. When the plant matures, it is harvested, dried, and then ground into a coarse powder. Oftentimes, it is not even powder, and bits and pieces of leaves and stems can be seen with a naked eye. Dried mugwort is coarsely ground for a purpose, however, so the herb can be shaped into cones of various sizes, making it easier to use in the clinic in different situations and various conditions. What is so special about this herb is that it burns slowly and holds the heat for a long while. 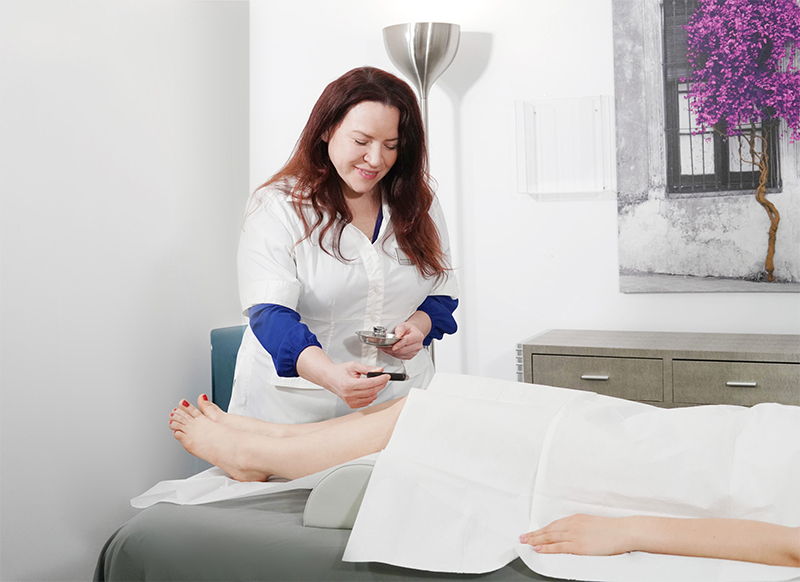 Moxa is used in many different ways to achieve the same effect, to heat up certain points or areas. The most popular ways are moxa rolls, moxa cones, and loose moxa turned into small balls that are then burned on the metal handle of an inserted needle. Moxa rolls are usually burned over a large area which may be a muscle spasm or a localized deficiency. Moxa cones provide more concentrated heat, which can be used to stimulate larger acupuncture points. Finally, burning moxa on an inserted needle’s handle allows stimulating a carefully identified deficient point through the needle that is already inserted in the point. In this case, the heat stimulation can be focused not only on the skin’s surface but also on the deeper tissues, if the circumstances require it. Most practitioners of traditional Chinese medicine (TCM) in the United States, however, combine various modalities of TCM, thus increasing not only the treatment versatility but also the treatment’s success rate. They also usually work together with other medical practitioners, depending on the condition from which the patient suffers.

What Is Moxibustion Used for?

Similarly to acupuncture, moxibustion can be used to treat almost anything. Moxibustion, Chinese medicine’s subdivision, follows the same principles of balancing internal organ activities and can treat any condition that is a result of that imbalance. In fact, the same system of points and channels is used for moxibustion and acupuncture, and the moxibustion methodology works on every physiological system of the body (digestive, respiratory, reproductive, musculoskeletal, and the others), but the greatest difference is in the nature of the procedure. Since what moxibustion therapy essentially does is warming up specific points and areas, it is more effective in the treatment of chronic conditions that are associated with deficient organ functions.

At the same time, some Japanese practitioners specialize in moxibustion exclusively, but they do not usually specialize in the treatment of specific types of disorders; they treat everything. Similar to most other methods, moxibustion becomes increasingly more effective in experienced hands. And the more practitioners use moxibustion in their practice, the more effective it can be. But the reality is, a muscle spasm, for instance, can be relieved in seconds using acupuncture needles, while moxibustion would take minutes. (There are moxibustion techniques that can bring results faster, but they usually leave scars.) But if a patient suffers from, say, chronic bronchitis, then moxibustion can improve lung and other involved organs faster than acupuncture, although the number of sessions would be somewhere between six and twenty. Either method can work quicker, however, if practitioners adjust their treatment strategy in point selection and stimulation. Research has shown that moxibustion can be even more effective for the treatment of certain conditions, such as hypertension or osteoarthritis, for example, if it is used in conjunction with other therapies. Moxibustion blends perfectly with other TCM modalities—for instance, it is often used with acupuncture in the technique known as the warming needle—but it also works well with pharmacological methods, physical therapy, meditation, homeopathy, and many others. Most Chinese and western TCM practitioners nowadays typically combine several modalities for achieving the best results.

One article titled “Adverse events of moxibustion: a systematic review,” published in the journal Complementary Therapies in Medicine theorizes that moxibustion treatment may have potential adverse effects such as allergy, burn, and infection but then admits that “Currently, the incidence of such events is not known.” Burning moxa produces smoke, the smell of which bears some similarities to the smell of burning marijuana. Some patients can be sensitive to the smoke as well as others can be heat sensitive more than an average person. Considering all these possibilities, many practitioners who use moxibustion in NYC and Miami buy smokeless moxa, which emits almost no smoke and very little smell when it burns. It is effectively achieved through the infusion of dried and ground mugwort plant into charcoal sticks. Some practitioners prefer to ensure their patients’ safety even further, so they buy electrical devices that can heat small areas of the skin without any smoke or smell using probes that are attached to the device by wires, and these devices’ probes do not heat up past certain temperature, so not to cause even slightest burns. 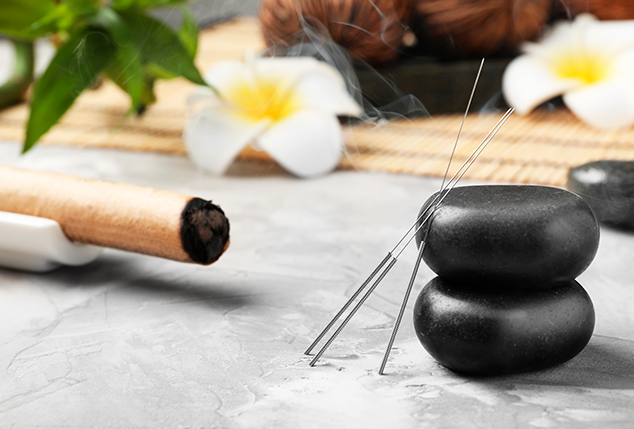 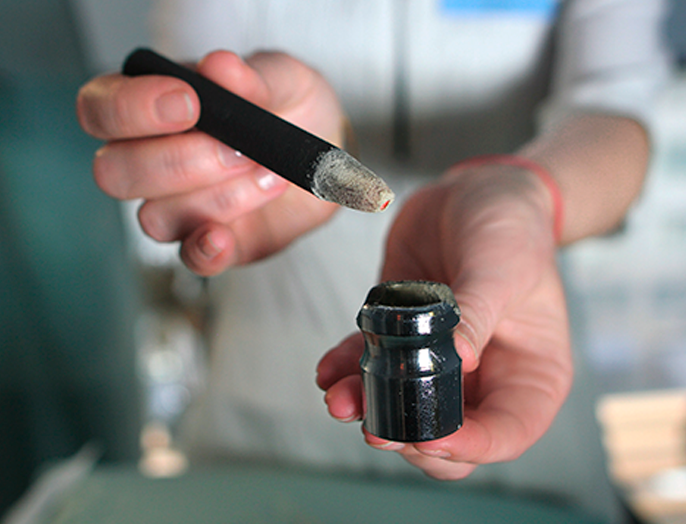 How Quickly Does Moxibustion Work?

Depending on the condition and the patient’s individual response, moxibustion can work as quickly as a few minutes or as slow as several months. In China as well as other Asian countries, scarring moxibustion has been practiced commonplace. Scarring moxibustion is a healing practice in which a small cone of moxa is placed and then burned directly on the skin where acupuncture points are. As the moxa burns, it also burns the skin, often leaving a blister and even a scar. In fact, this practice is typically accompanied by the belief that where there is a moxibustion scar, there is a cure. It is also believed that scarring moxibustion brings faster relief, but because it increases the risks of burns and infections, it is almost never practiced in the west. At the same time, skilled practitioners can achieve results quicker for specific conditions in which they are most experienced.